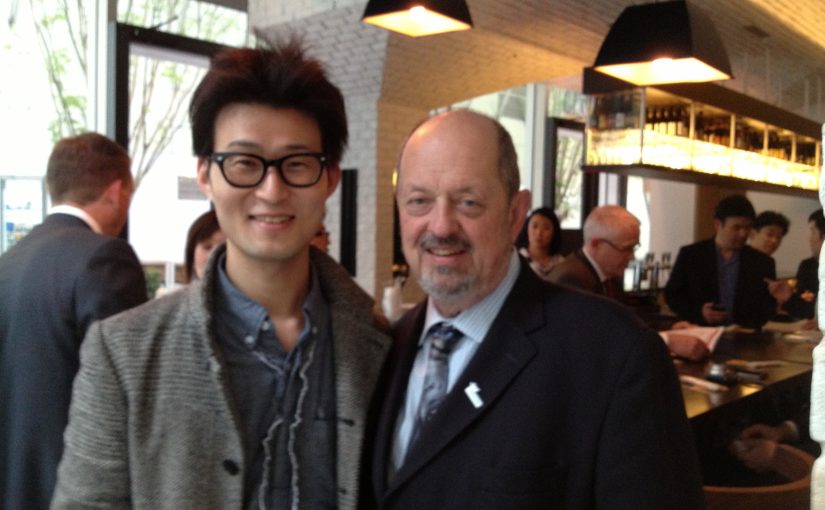 I am pleased that I was able to create a chance to connect Kashiwa City and Mitsui Fudosan with companies in Portland, including ZGF.

※About Global Awards for Excellence
A guiding principle of the Urban Land Institute is that the achievement of excellence in land use practice should be recognized and rewarded.
Since 1979, ULI has honored outstanding development projects in the private, public, and nonprofit sectors with the ULI Global Awards for Excellence program, which today is widely recognized as the development community’s most prestigious awards program.

※About ULI（the Urban Land Institute）
ULI, the Urban Land Institute, is a nonprofit research and education organization supported by its members.
Founded in 1936, we now have almost 40,000 members worldwide, representing the entire spectrum of land use and real estate development disciplines working in private enterprise and public service.
A multidisciplinary real estate forum, ULI facilitates an open exchange of ideas, information, and experience among industry leaders and policy makers dedicated to creating better places.
Members say we provide information they can trust, and that ULI is a place where leaders come to grow professionally and personally through sharing, mentoring, and problem solving. With pride, ULI members commit to the best in land use policy and practice.

Encounter with Portland on April 18th in 2013 in Tokyo 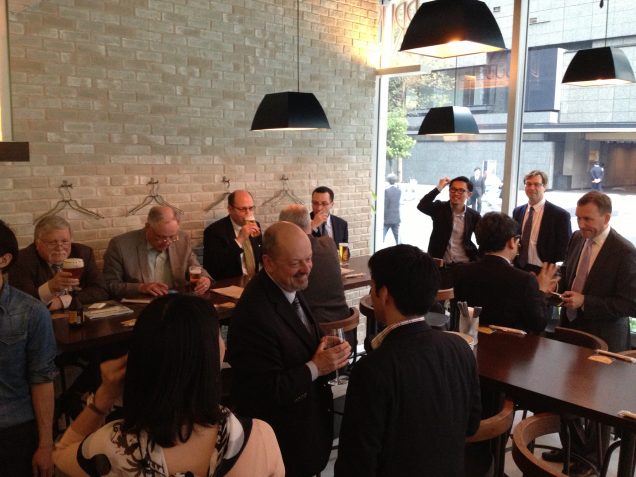 At the party after “WE BUILD GREENCITIES PORTLAND CONFERENCE”

I was able to discuss Portland city planning and policies.
In the morning’s glass roots gathering,
Co-sponsored by Portland City Development Department and Kashiwa Machi Naka College（柏まちなかカレッジ）,
Regarding ‘Neighborhood’ rather than ‘sprawl’, Tom Hughes, President of the Metro Government of Oregon State and Mr. Masahiro Yamazaki of Portland City Development Department gave a lecture.

It was a day I spent a lot of time with a party who is responsible for Portland’s town planning on the front lines.
Moreover, I was able to interact with comrades such as Kobe Motomachi College(神戸モトマチ大学) and Marunouchi Morning College(丸ノ内朝大学).

Visited in Portland on July in2013

Workshop at UDCK(Kashiwa-no-ha) on February in 2014
Workshop on Kashiwa -no-ha city development with Oregon State Portland team who are practicing nice town development.

Located 18 miles (29 km) north of Tokyo, the transit-oriented development Kashiwa-no-ha Smart City pioneers an urban planning approach for a resilient neighborhood with an active and vital community. Since 2004, it has been refined to include community aspirations, respond to disasters, and support environmental and social initiatives. In 2016, Kashiwa-no-ha Smart City became the largest LEED Neighborhood Development Plan Platinum–certified smart city in the world.

Mitsui Fudosan, one of Asia’s largest developers, engaged advisers and urban planners to improve Kashiwa-no-ha using smart-city placemaking techniques. Conceiving the project as a mixed-use employment district, the ZGF-led vision plan is organized around new concepts for open space, with costs and benefits shared by businesses and residential communities and the aim of attracting new development supporting residents and workers in nearby hospital and biomedical research facilities.

Large-scale sustainable living is reinforced through a centralized energy management system; energy conservation, generation, and storage; local production of food; and low-carbon urban transportation. Active and vital streets connect and energize the updated civic realm; living and working in the same neighborhood supports efficient use of resources, builds social cohesion, and improves livability. This synergy is demonstrated by the transformation of an inaccessible stormwater detention facility into a civic commons—a biophilic and sustainable community amenity.

Kashiwa-no-ha is environmentally and technologically innovative—an especially acute interest after 2011’s Tohoku earthquake and Fukushima Power Plant disaster. Community behavior is a supporting strategy: for example, the area energy management system monitors demand through an app informing people in high-use areas how to reduce consumption, while monitors broadcast building performance information. The Smart City is a mix of building uses connected through a district energy and power distribution system to share heat loads and reduce peak electricity use, allowing occupants to live off the grid until regional power and water can be restored.